A Georgia man who suffered catastrophic injuries during heart surgery in 2010 in a South Dakota hospital has been awarded $13.4 million in damages by a federal court judge.

The plaintiff, Hudson Myers, was 21 years old when he underwent “controversial” heart valve replacement surgery on Oct. 14, 2010 at Rapid City Regional Hospital, according to a March 3 story by The (Sioux Falls, S.D.) Argus Leader.

During the procedure, air bubbles made their way into Myers’ arteries and into his brain, causing severe brain damage, the story reported. The surgery was performed by Dr. James Oury, who was in 2014 reprimanded by the South Dakota Board of Medical and Osteopathic Examiners for “failing to disclose medical malpractice lawsuits and criminal charges” when he applied to practice medicine in the state, the report continued.

Myers’ lawsuit contended that Oury “was not competent to perform the procedure” and that the hospital “had a duty to provide competent surgeons,” the story reported. Several other doctors and the hospital reached prior settlements with the plaintiffs, according to the report.

Dr. Oury was ordered in 2012 and 2013 by the state medical board not to to practice medicine until he obtained a fitness-to-practice evaluation, the story added. 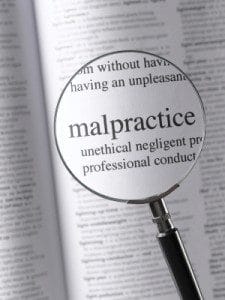 The judge in the case based the $13.4 million judgment on Myers’ past medical bills, future medical bills, life care and the loss of future earnings, the story reported.