A 37-year-old Chicago woman was awarded $6.65 million in damages by a Cook County, Ill., jury after she was seriously injured as a passenger in a 2014 crash of a Chicago Transit Authority (CTA) commuter train.

The victim, Yolanda Montes, was one of more than 30 train passengers who were hurt when the CTA Blue Line train she was riding on at Chicago’s O’Hare International Airport derailed, crashed through a barrier and landed on top of an escalator about 2:55 a.m., according to a May 9 story by The Chicago Tribune.  Montes was at the time a U.S. Transportation Security Administration (TSA) officer at the airport and was about to get off the train. The driver of the train later said she had fallen asleep as her train approached the station.

The crash, which caused about $11 million in damages at the airport, also led to operational changes at the CTA, including lowering the speed limit for trains approaching the O’Hare platform, according to the report.

The crash was later blamed by the National Transportation Safety Board on the rookie operator, who was fired after the incident, and on the failure of the CTA to properly oversee the operator’s work schedule.

Montes was in the sixth car on the train, hanging on to a metal pole and getting ready to walk off the train, when it crashed. The impact of the crash caused her head to strike the pole and a door of the train. After being taken to a hospital, she was diagnosed with a concussion, back sprain and neck sprain due to the crash. The impacts she sustained also aggravated pre-existing conditions in her back and neck, which required surgeries, according to the plaintiffs. 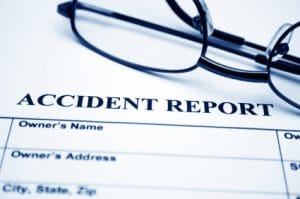 Due to the injuries she sustained in the train crash, the victim is no longer able to perform her previous job as a TSA officer and is now an administrative assistant for the TSA.